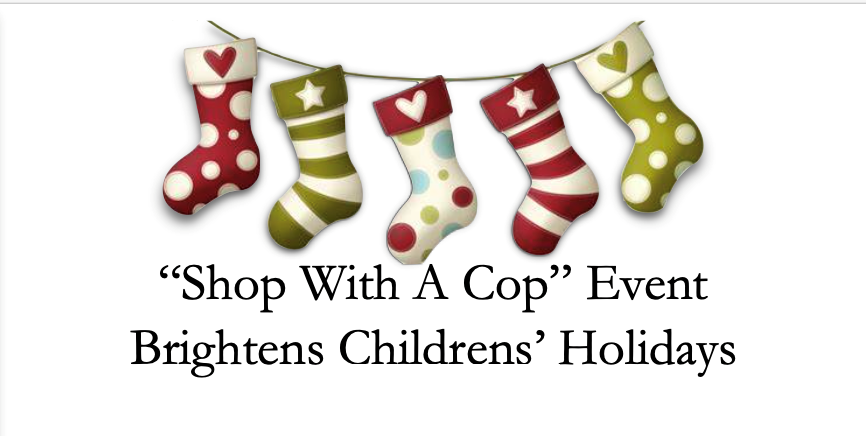 To view the designed article with photos and text visit: https://5il.co/1mdr9

The Village of Newark Police Department; Reliant Federal Credit Union, the Newark Rotary Club and Joey’s Northside Market recently joined hands and hearts and provided nearly $3,000 in monetary contributions to make this holiday season a little brighter for some 27 children from 13 local families.

Their generosity allowed the children to participate in a “Shop With A Cop” event at Newark Walmart December 18th, allowing them to “purchase” some toys and other items they need and want using funds raised beforehand and some that was donated by a few shoppers in the store during the event.

In addition to what they got during the “Shop with a Cop” event, all of the families also received a pre-made Christmas dinner provided by Wegmans.

The Newark Central School District identified the participating families, who for various reasons, might greatly benefit from some assistance at this time of year.

Much of the money contributed by the NPD was raised during a “No Shave” event in which department members paid for the right to grow a beard in November and December. Some who didn’t grow a beard also contributed.

“I'm proud that these officers give of their own money and time to help ensure these kids have a good Christmas. It really exemplifies the spirit of the season,” Chief Martin said.

Dapolito agreed, noting he wants to continue the “Shop With A Cop” event next year.

“It was very rewarding and heartfelt again this year,” he said. “Families were very appreciative. It
was a lot of fun ‘shopping’ with the kids as they picked out what they wanted.”