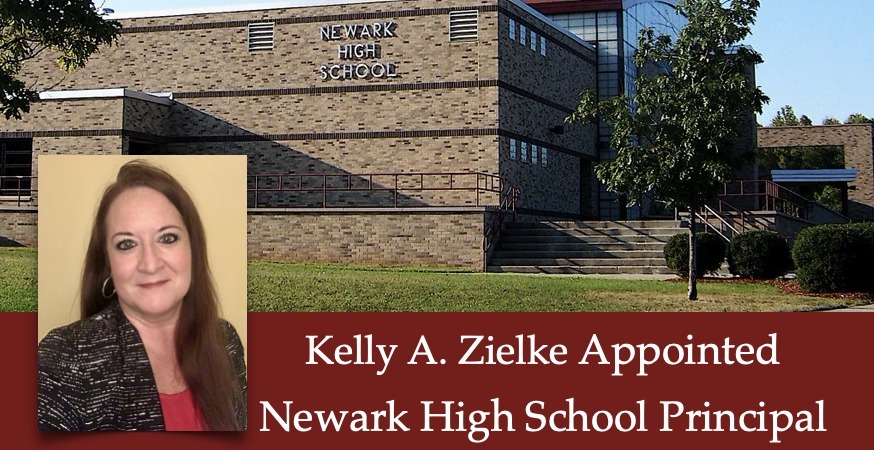 Pittsford-Mendon High School Assistant Principal since August 2013, Kelly Zielke was appointed Principal of Newark High School by the Board of Education last night.

She is filling the vacancy created by the resignation last month of Nick Ganster who left the position to become Superintendent of Schools for the Phelps-Clifton Springs School District October 11th.

Zielke, whose appointment is effective December 5th, is thrilled about her new job.

“I am grateful for the opportunity to join the team at Newark High School and I’m excited to be a part of the Newark Central School District. Getting to know the high school students, staff and families is my first priority and I am committed to supporting every student, every day,” she said.

Finding the new Principal was a rigorous process that led up to unanimous approval from the Board of Education.

“Kelly comes to us with an array of vast experiences. She is highly regarded as an administrator and as a teacher. During the interview process she connected well with students and staff as she orchestrated a community circle to get to know each of the groups and demonstrated her competence during the public forum. Her positive attitude, wealth of knowledge, character and experience will be just a few characteristics that that will be exemplified as she begins her journey with us,” said Superintendent Susan Hasenauer.

Before becoming the AP at Pittsford Mendon High School, Zielke was a grades 9-12 math teacher in the Webster Central School District from 1992 until 2013.

Zielke earned her Bachelor of Arts degree in Mathematics Education from SUNY Geneseo; her Master's of Science Degree in Education and Computer Literacy Education from Nazareth College and her School District Leadership and School Building Leadership administrative certificates from the University of Rochester Warner School.

She and husband Todd, a Manager at Paychex in Rochester, live in Webster and have two grown sons, Alex and Steven.