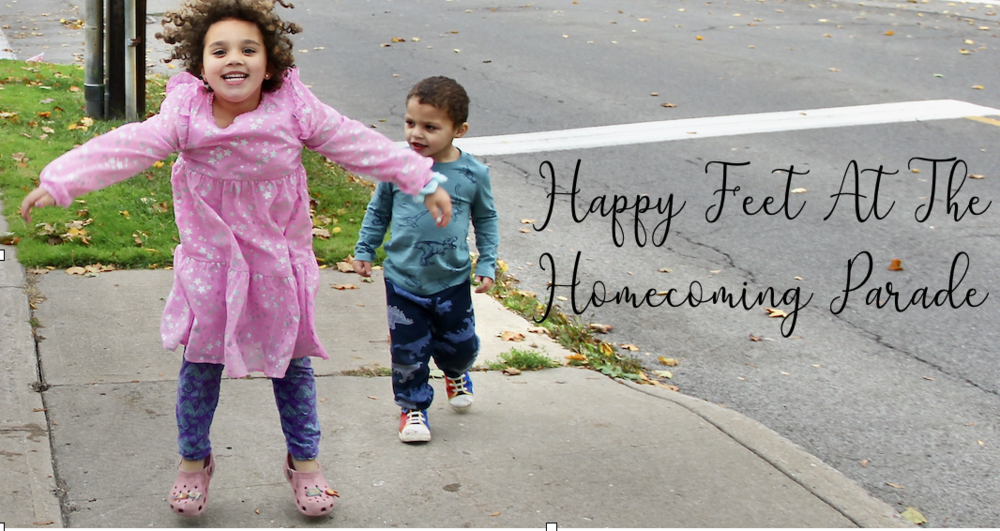 Link to article - text below:

Unfazed, the Lincoln School Pre-Kindergartener pupil happily hopped, skipped, jumped and danced with her two-year-brother Jaxon as they awaited the parade’s passing around 10:15 a.m. under the watchful eye of their mom Tracey Cruz, an NHS math teacher who sat close by.

When Jayde first heard the distant swells of the Newark High School Marching Band, her movement intensified into jubilant leaps.

Her childlike exuberance was a wonderful sight to behold and stood in sharp contrast to other nearby viewers who stood quietly awaiting the parade’s passing.

Amazingly, little Jayde and her brother stood almost awestruck when the Marching Band,
Sophomore, Junior and Senior floats _ made by NHS Student Council members and others _ the float carrying the NHS fall cheerleaders; the cars carrying the Homecoming Royalty, Red Fox, the NHS mascot and several other walkers at the end of the parade passed by.

Tracey Cruz later reported her daughter and son “loved receiving candy and stuffed animals from the ‘big kids’’ on the floats that threw them to children watching the parade.

Jayde told her mom she “loved the music” so she could dance.