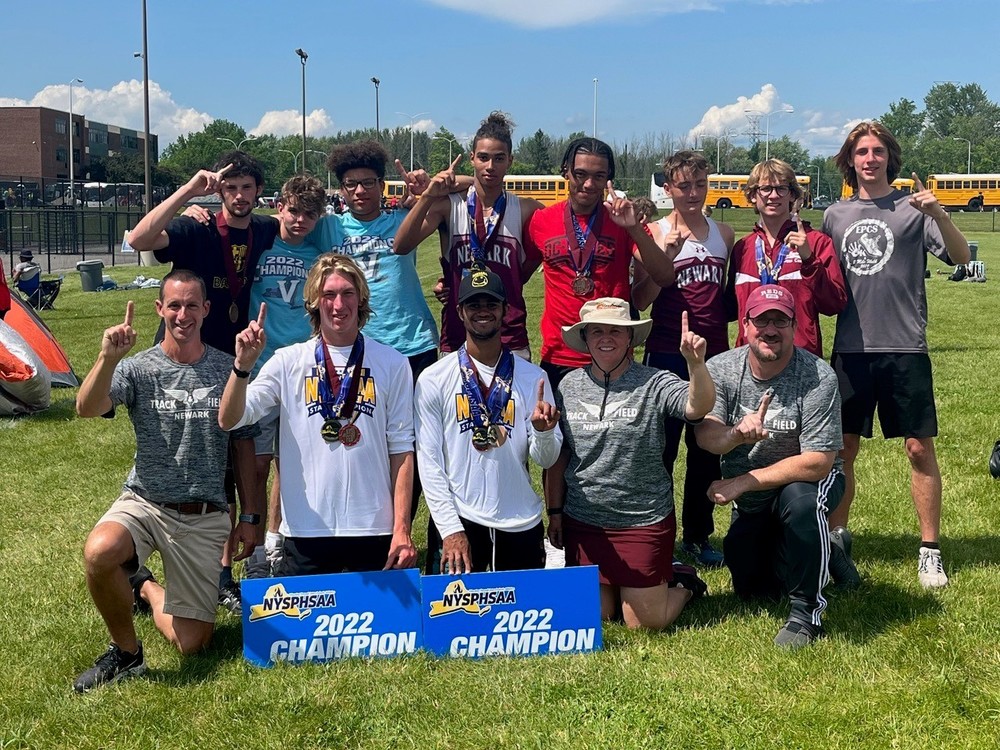 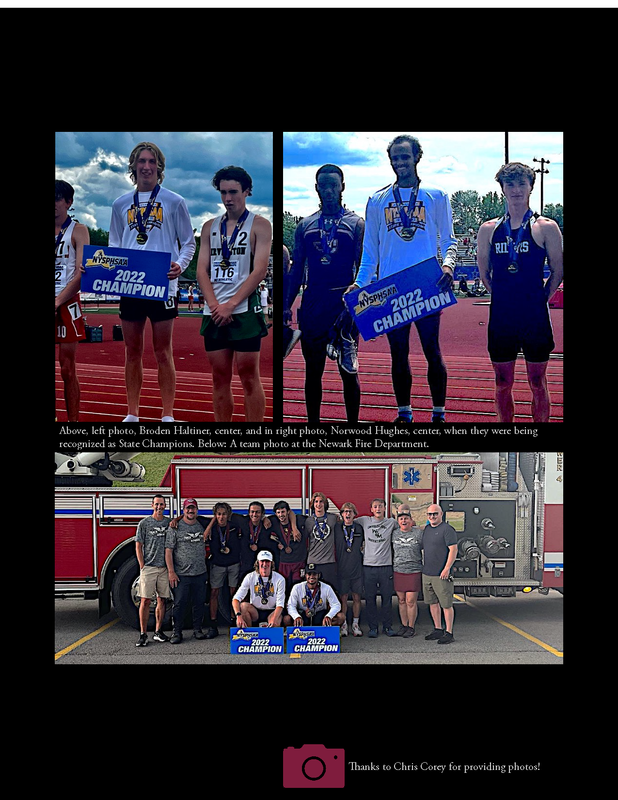 “The legacy of track & field in Newark is rich and this team cemented its place in history by beating every other Division II team at the State Championships,” Corey said later. “The scoreboard tells the story of their elite times and distances but the real story is the culture of excellence that exists in this program. Led by an exceptional senior class and a group of coaches that are as talented, caring, and committed as any in New York State, it is thrilling to seem them rewarded for their efforts. Watching this team grow, day-to-day, practice-to-practice, meet-to-meet, has been inspiring.”

NHS science teacher Aaron Harrington and Mark Pettit are Head Coaches of the team and Jessica Wells and Luke Baum, a NHS special education teacher, are the Assistant Coaches.

Upon returning home from Cicero after their outstanding performance June 11th, a champions parade at 5:15 p.m. made its way through the Village of Newark on Union, Main, and Maple Streets, ending at the High School. Newark Police, along with fire trucks from Marbletown, Newark and Fairville, along with a Newark-Arcadia Volunteer Ambulance (NAVA) led the team and its supporters throughout the village.

“Newark Athletics as a whole has as rich of a history as any program in Section V and New York State, capturing our first sectional title 100 years ago (1922-boys basketball),” Corey continued. “To have this Boys Outdoor Track & Field team join our Girls Bowling Team as State Champions this year is amazing and validates what those in the athletic program have known for 100 years and have been consistently telling those on the outside: this community, this program, these coaches, these athletes, this team is different. It is special. Go Reds!”