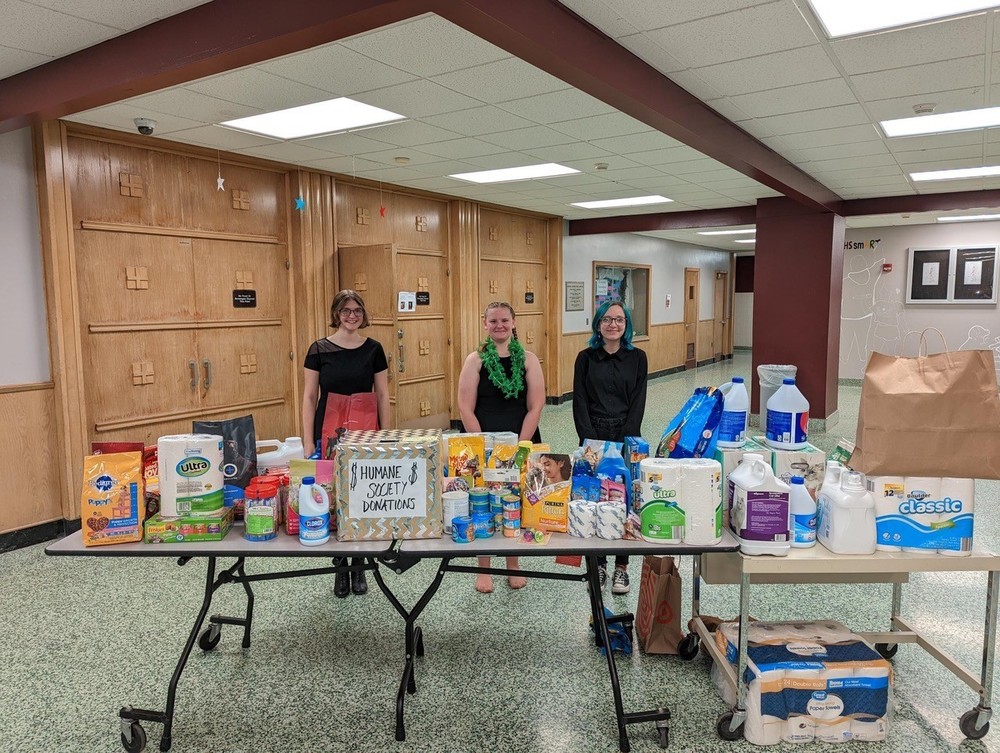 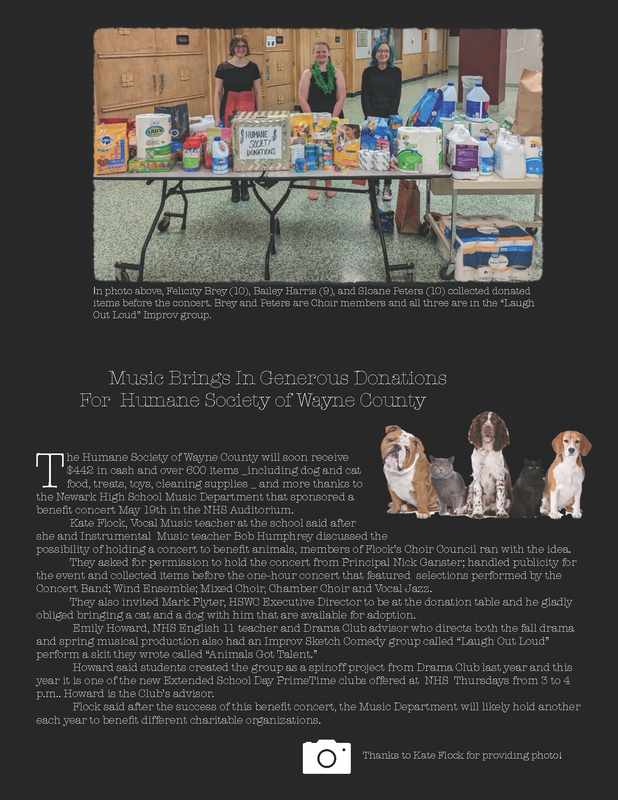 The Humane Society of Wayne County will soon receive $442 in cash and over 600 items including dog and cat food, treats, toys, cleaning supplies and more thanks to the Newark High School Music Department that sponsored a benefit concert May 19th in the NHS Auditorium.

Kate Flock, Vocal Music teacher at the school said after she and Instrumental Music teacher Bob Humphrey discussed the possibility of holding a concert to benefit animals, members of Flock’s Choir Council ran with the idea.

They asked for permission to hold the concert from Principal Nick Ganster; handled publicity for
the event and collected items before the one-hour concert that featured selections performed by the Concert Band; Wind Ensemble; Mixed Choir, Chamber Choir and Vocal Jazz.

They also invited Mark Plyter, HSWC Executive Director to be at the donation table and he gladly
obliged bringing a cat and a dog with him that are available for adoption.

Howard said students created the group as a spinoff project from Drama Club last year and this
year it is one of the new Extended School Day PrimeTime clubs offered at NHS Thursdays from 3 to 4 p.m. Howard is the Club’s advisor.Flock said after the success of this benefit concert, the Music Department will likely hold another each year to benefit different charitable organizations.