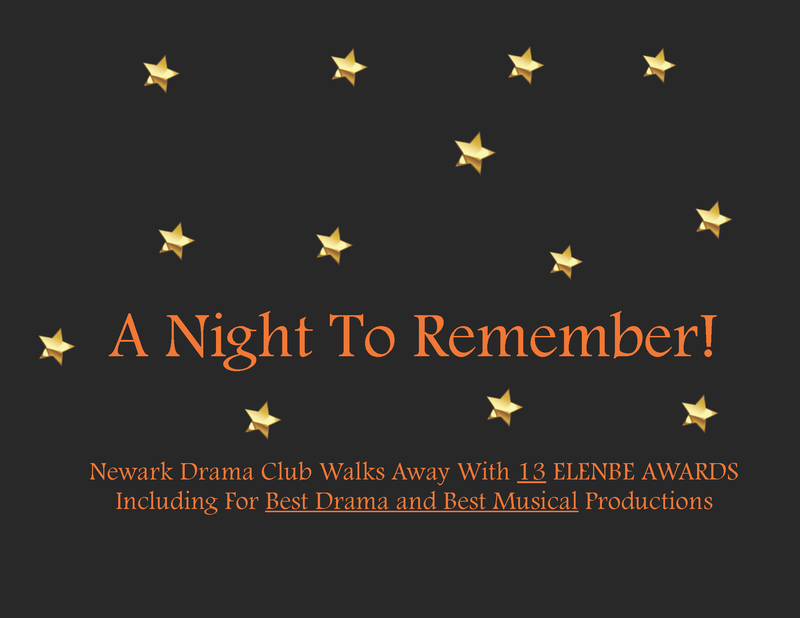 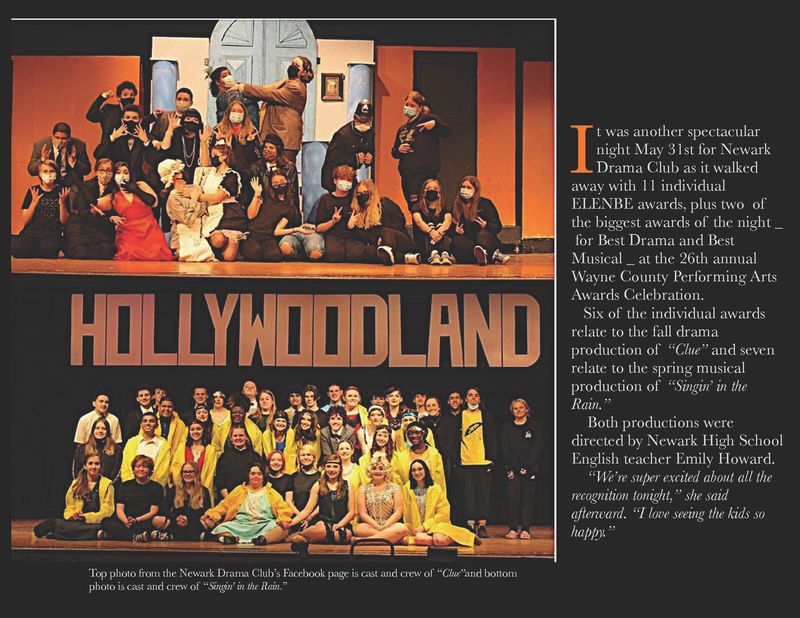 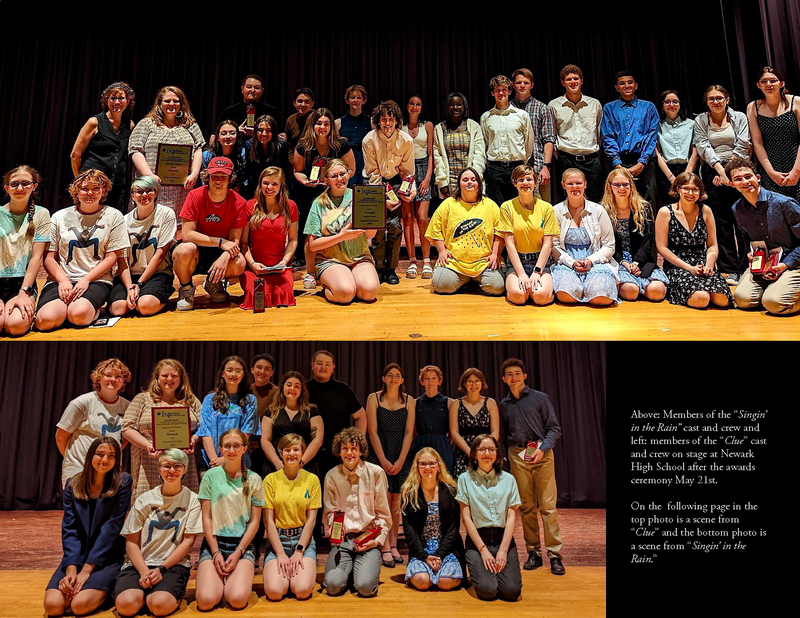 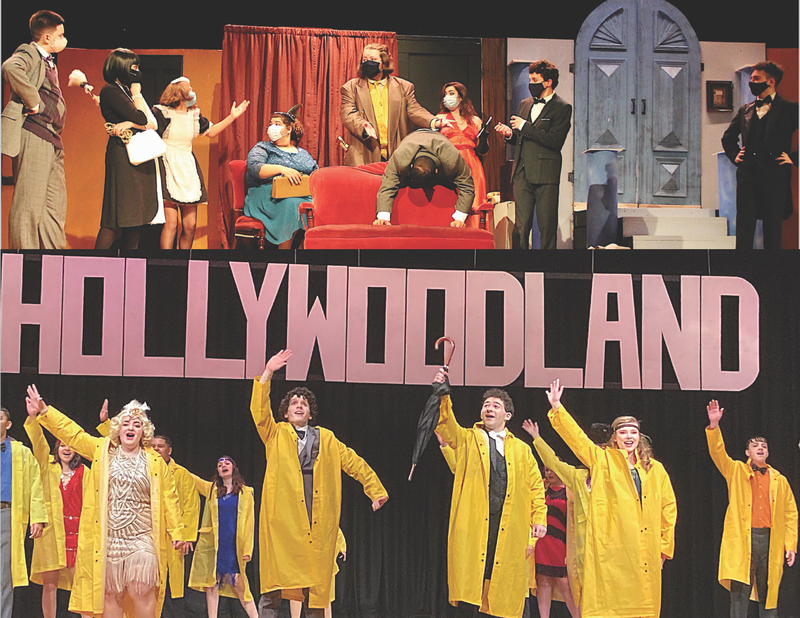 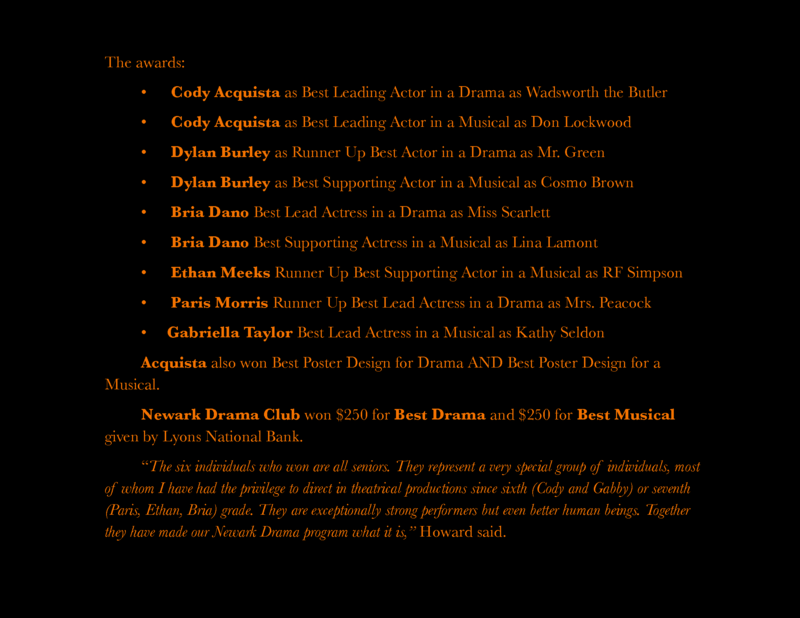 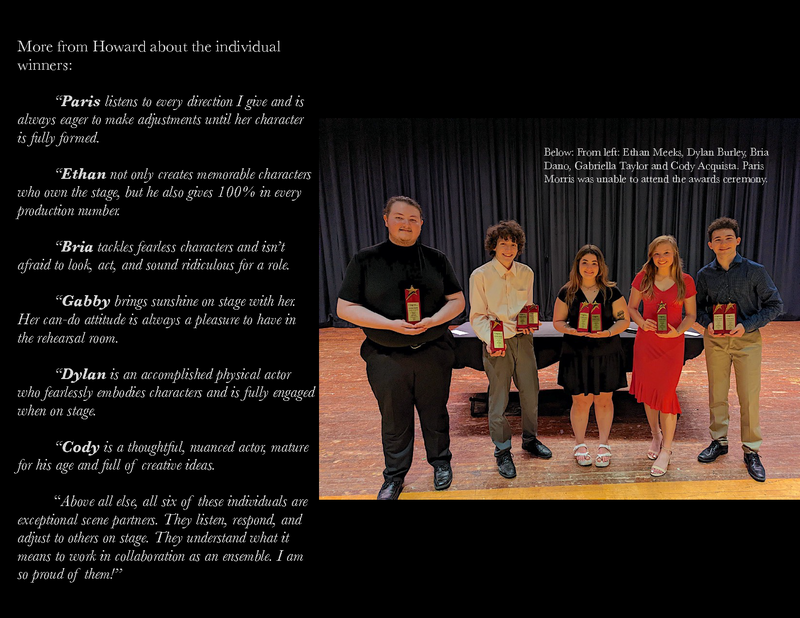 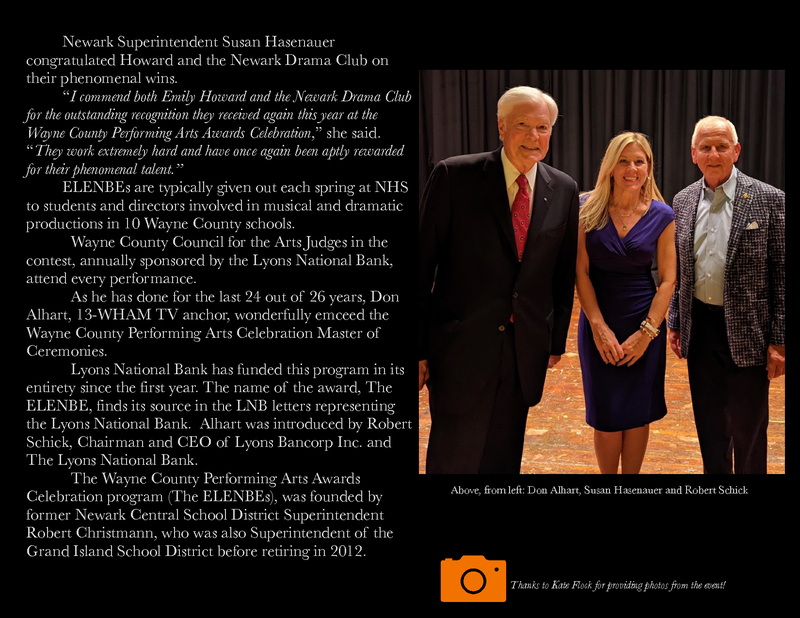 It was another spectacular night May 31st for Newark Drama Club as it walked away with 11 individual ELENBE awards, plus two of the biggest awards of the night for Best Drama and Best Musical _ at the 26th annual Wayne County Performing Arts Awards Celebration. Six of the individual awards relate to the fall drama production of “Clue” and seven relate to the spring musical production of “Singin’ in the Rain.” Both productions were directed by Newark High School English teacher Emily Howard. “We’re super excited about all the recognition tonight,” she said afterward. “I love seeing the kids so happy.”

• Dylan Burley as Runner Up Best Actor in a Drama as Mr. Green

• Paris Morris Runner Up Best Lead Actress in a Drama as Mrs. Peacock

“The six individuals who won are all seniors. They represent a very special group of individuals, most of whom I have had the privilege to direct in theatrical productions since sixth (Cody and Gabby) or seventh (Paris, Ethan, Bria) grade. They are exceptionally strong performers but even better human beings. Together they have made our Newark Drama program what it is,” Howard said.

More from Howard about the individual winners:

“Paris listens to every direction I give and is always eager to make adjustments until her character is fully formed.

“Ethan not only creates memorable characters who own the stage, but he also gives 100% in every production number.

“Bria tackles fearless characters and isn’t afraid to look, act, and sound ridiculous for a role. “

Gabby brings sunshine on stage with her. Her can-do attitude is always a pleasure to have in the rehearsal room.

“Dylan is an accomplished physical actor who fearlessly embodies characters and is fully engaged when on stage.

“Cody is a thoughtful, nuanced actor, mature for his age and full of creative ideas. “Above all else, all six of these individuals are exceptional scene partners. They listen, respond, and adjust to others on stage. They understand what it means to work in collaboration as an ensemble. I am so proud of them!”

“I commend both Emily Howard and the Newark Drama Club for the outstanding recognition they received again this year at the Wayne County Performing Arts Awards Celebration,” she said. “They work extremely hard and have once again been aptly rewarded for their phenomenal talent.”

ELENBEs are typically given out each spring at NHS to students and directors involved in musical and dramatic productions in 10 Wayne County schools.

Wayne County Council for the Arts Judges in the contest, annually sponsored by the Lyons National Bank, attend every performance.

As he has done for the last 24 out of 26 years, Don Alhart, 13-WHAM TV anchor, wonderfully emceed the Wayne County Performing Arts Celebration Master of Ceremonies.