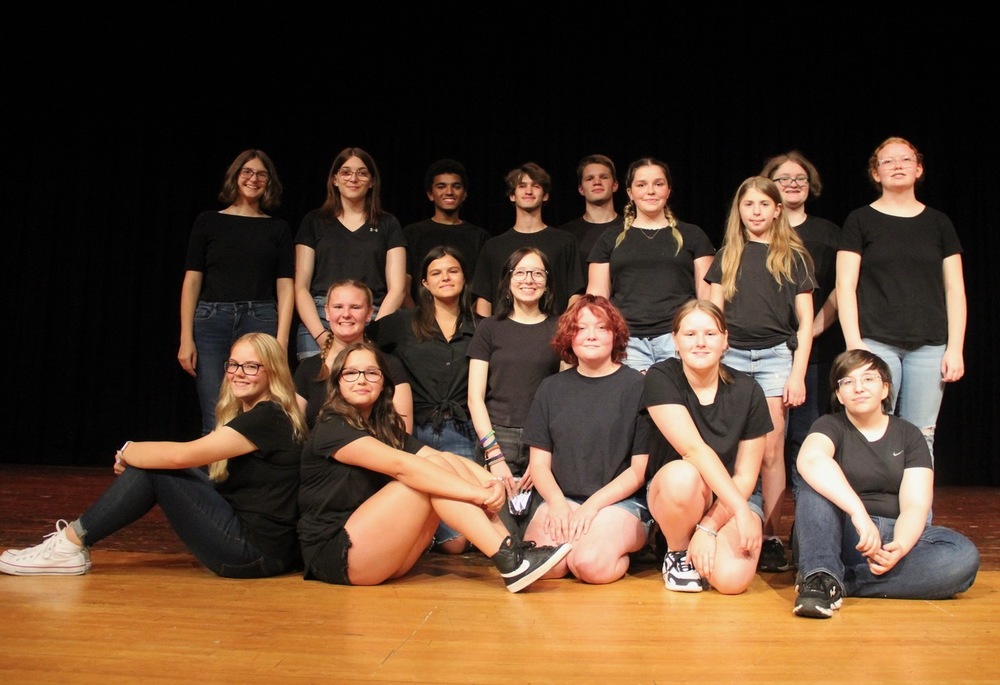 “We created an opening and closing number that featured all students. We also had a Middle School and a High School ensemble piece. Throughout the show were solos that students worked on with their vocal teachers one on one. I am very impressed with the work our students were able to accomplish in just four days. They rose to the challenge learning new musical theatre repertoire,” said Howard.

"It is an honor to watch the growth of these students in the span of just five days. They took risks, learned new skills, and did it all with a smile on their face and a spring in their steps. It is a pleasure to work alongside amazing team members Melissa Narusky and Emily Howard who put so much energy and time into this special project for a second year. Keep your eyes open for next August for Bootcamp 2023,” raved Larsson.

Now in its second year, the Newark Music & Performing Arts Department hosted the bootcamp at NHS for students in grades 6-12. The four-day, grant-funded summer bootcamp program grew since its start-up in 2021 when 10 students participated.

“During bootcamp, students are immersed in an intense, four days of classes, coaching and rehearsals to prepare a musical theatre showcase that is unique to their interests and strengths,“ Larsson explained. "If you can image the first few weeks of practices for a sports team, you can imagine the hard work that goes into the crafting of a cohesive group of players as they learn to work together and sharpen their skills. This bootcamp acts as a 'strength and conditioning’ week for the performing arts.”

“It provides an opportunity to take a deep dive into some voice techniques that we don't always have time for in a traditional academic setting or rehearsal. The same is true for the theatre component. We do not currently offer theatre courses. Therefore, any chance I have to talk about intention of lyrics, how to move around on stage, or interpretation of the music is time well spent with our students,” Howard said.

“This bootcamp gives these students an extra performance opportunity and also helps to build leadership which they bring into their ensembles during the school year. I saw a completely different attitude and work equity from those students who did our bootcamp last year compared to those who did not participate,” said Narusky.

Last year’s showcase was nearly a half hour of music.

“This year it grew to an hour of material with more featured students given the opportunity to shine,’’ Larsson said. “This year's showcase theme was "Journeys", which examined the different perspectives that characters explore when looking forward to a new path, traveling through life experience, and reflecting on the growth they experienced along the way.”